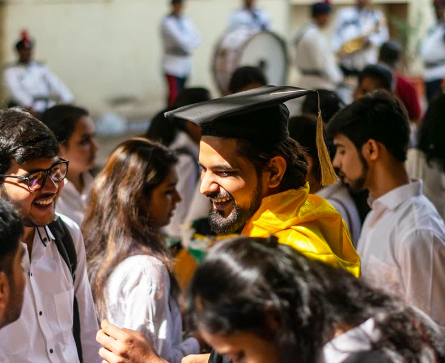 How to become a Somaiya student

We are delighted that you are considering a Post graduate programme at K J Somaiya College of Nursing. Please read all instructions and requirements carefully to ensure a complete and correct application.

A provisional seat will be offered based on the merit and availability of seats taken together. A candidate who is offered a provisional seat needs to pay 58,320 only as per stipulated admission schedule (i.e. deadline) to secure the same

If candidate chooses to withdraw from the programme of study and application for cancellation of admission is received, then the deduction of fees will be as follows

In case of withdrawal of admission, the following rules will be applicable for refund of fee:

Provisional admission needs to be confirmed within four working days of declaration of result of Graduation or equivalent examinations, by paying balance fees

If any candidate who has confirmed the admission and chooses to withdraw from the programme of study, can apply for cancellation by submitting a prescribed cancellation form. The deduction of fees will be as follows:

After commencement of the B.Ed programme, if a student wants to take a break for any valid reason, then he/she can do so as per the following norms :

The Dean will approve the academic break and forward the application of the student to the admission/ department for necessary process.

The academic break can be granted to any student at most once during the programme for the maximum period of academic one year.